PlantNetwork have long supported the Young Horticulturist of the Year (YHoY) competition organised by the Chartered Institute of Horticulture and we were very pleased to attend this year’s final at the glorious Logan Botanic Garden on Saturday 4th September 2021.

Well done to Tim Stafford for winning YHoY2021 as well as runner-up David Pearce and third placed Cal Stewart. There were some very tough questions! We were particularly impressed by all the competitors’ interest in and knowledge of environmental issues, biodiversity, sustainable horticulture, and wildlife gardening… PlantNetwork looks forward to working with these amazing young horticulturists in the future.

Thanks to the Chartered Institute of Horticulture and Logan Botanic Garden for a great event. Also thanks to the Shropshire Horticultural Society and Bord Bia – Irish Food Board for making the competition possible, along with regional sponsors and supporters.

Find out what it’s like to take part in a YHoY regional final. Piers Horry speaks with Sam Hickmott about life as a young horticulturist: 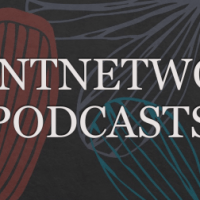 Piers Horry talks to Sam Hickmott, a young head gardener looking after a Grade 1 listed landscape garden in a World Heritage Site. We hear how Sam started his horticultural career, his thoughts on what we need to do to encourage more young people to embark on a career on horticulture and the Young Hort of the Year competition.