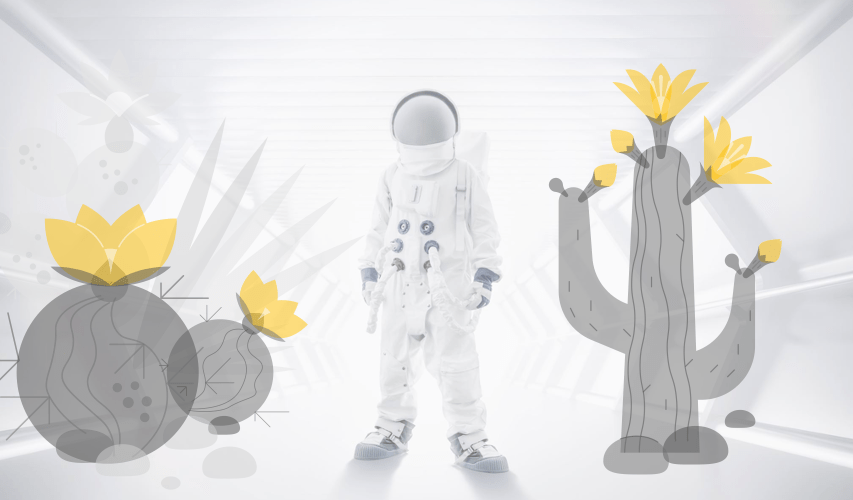 Gardening in 2046 was the final session of the PlantNetwork Conference 2021: The Modern Garden but was also a stand-alone event – free and open to everyone interested in the future of horticulture.

Have you ever wondered what gardens and gardening might be like in 25 years time? The session started with a series of lightning talks – short presentations on a series of topics related to the future of gardening – providing an opportunity to hear from a range of speakers. Following these short talks, there was a lively panel discussion. The panel discussed their perspectives on what the future might look like, from the planting we will be using to management approaches, as well as answering questions from the audience.

We heard from the following lightning talk speakers:

The panel discussion chair was Philip Turvil, Eco Business Director of the Field Studies Council and panelists were Mark Brent (Curator of Oxford Botanic Garden), Kirsty Wilson (of the Royal Botanic Garden Edinburgh and presenter on BBC’s The Beechgrove Garden) and Cailean Ian Stewart (from the Royal Horticultural Society and finalist in the Young Horticulturist of the Year 2021 competition).

Philip Turvil started gardening age five with gorgeous oaks trees. He’s since held practical roles at botanic, heritage and zoological gardens. Philip now specialises in public engagement and has won national awards for engaging millions of people with gardening. This includes roles at the Royal Botanic Gardens, Kew. He a member of the Chartered Institute of Horticulture and Fellow of the Institute of Leadership. Philip currently holds two positions. He is Eco-Business Director at the UK’s leading outdoor education charity, the Field Studies Council, specialising in biodiversity training, publications, and fundraising. He is also a non-Executive Director and Trustee at Together TV, the UK’s social change broadcaster.

Mark Brent is curator at the UK’s oldest botanic garden, Oxford Botanic Garden, which is celebrating its 400th anniversary this year.

Cailean Iain Stewart has been living and breathing horticulture for a lifetime but has enjoyed a professional career over the past seven years. His younger years were spent as a bartender with a keen interest in gin botanicals and the science behind mixology. Cal is now an educator with the RHS at Harlow Carr. Having previously spent five years with the National Trust in North Yorkshire, his passion for ecological gardening was nurtured and is at the forefront of his delivery. Young people in horticulture want to be even greener and are crying out for that change to happen and it starts with the Why and How and not the What and When. Cal’s recently been handed the reins as the Northern Regional Organiser for the Young Horticulturist of the Year competition (YHOY). Having found previous success as a competitor and in this his final year (2021)  placed third in the national final hosted by Logan Botanic Gardens. The competition has been extremely motivational and has inspired his enthusiasm for horticultural education. He stresses the urgency for young people to join the industry and make their mark for the future and influence that which will follow.

Kirsty Wilson is Herbaceous Supervisor at RBGE, RHS Herbaceous Committee member and BBC Beechgrove TV presenter. Kirsty is also an award winning Garden designer, keen photographer and has contributed to BBC Radio 4 Gardener’s question time. Kirsty has recently been awarded the RHS 2021 Roy Lancaster Award – awarded to an individual under 35 who has achieved an exceptional contribution to the practice, science or promotion of horticulture. In 2019 Kirsty went on a plant collecting expedition to Yunnan, China and is responsible for the Chinese hillside at the botanics – which is perhaps one of the largest collections of Chinese plants cultivated outside China for conservation. Kirsty is keen to inspire people to grow and understand plants for a better future.