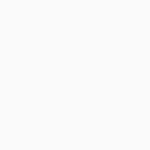 STATUS
Lough Derg contains the last site in Ireland for the protected plant species Irish Fleabane. In Ireland Irish fleabane has only ever been recorded on the islands and shores of Lough Derg in north Tipperary and south-east Galway. The species was once found at quite a few sites along the shores of the lough but due to the impact of humans on its habitat the species is now only known to survive at one location. Due to its vulnerability Irish fleabane is protected in Ireland under the Wildlife (Amendment) Act 2000 and is listed as vulnerable in the Irish Red Data Book.
PROJECT OUTLINE
To conserve this species and ensure that part of Lough Derg’s and Ireland’s biodiversity is not lost forever, a community-based conservation project to consolidate and establish new populations of the highly endangered Irish Fleabane on the shores of Lough Derg.
PARTNERS
A conservation project has been initiated by the community of Terryglass (Co. Tipperary), the National Botanic Gardens and BEC Consultants. This project has been sponsored by the Heritage Council.
METHODOLOGY
The project aims to grow a large number of Irish fleabane plants at the National Botanic Gardens and then plant these into selected sites along the shores of Lough Derg. Over the following months and years the local community along with the other project partners will monitor and tend the newly planted populations. In years to come it is hoped that these new populations of Irish fleabane will insure that an important part of Ireland’s biodiversity is not lost from the shores of the lough forever.The role of the Gardens will be threefold:

PROJECT PROGRESS
On the 15th May 2006, Jim Martin delivered plants to the Gardens from Terryglass. These were divided and grown on by Joan Rogers in ca. 42 five-inch pots in Tree & Shrub mix.

A viable ex-situ population of plants could thus be established.

On the 29th June 2006, 16 plants were reintroduced into a former site by the local community with the assistance of Jim Martin and Peter Wyse Jackson.A record of all plantings was kept in order to monitor their growth.

Unfortunately it appears many of these plants were washed away over the winter of 2006/7. It is possible that planting root balls of John Innes compost failed to establish the plants into the surrounding sward.

What was striking about these plants is that they were growing in almost pure sand with very little other vegetation. The plant clearly grows below and just above flood level, as it once did around Lough Derg:-

“A noteworthy plant, being one of the few, other than the Lusitanian and American groups, which are Irish but not British. It is confined to the limestone shores of Lough Derg, the largest of the expansions of the Shannon, in N Tipperary and SE Galway, where it was first found by David Moore in 1843 (Journ. Bot., 1865, 333 – 5, and ibid., 1866, 33 – 36, tab. 43). Rather widespread on the shores and islets, at a little above flood-level, from the head of the lough a Portumna as far S as the vicinity of the Carrikeen Islands, near Dromineer. Not yet recorded from the S portion of the lake. Its habitat is the rough grassy, stony, or boulder-strewn ground that intervenes between flood-level and the arboreal zone. There it runs about by stolons, forming small colonies, and flowering rather sparingly in July. In the garden it spreads rapidly, and soon forms a large patch, with a network of slender white underground stems. It is not yet fully known what effect the Shannon Electricity Works, by which the water of the lake is raised to about winter level, may have on the plant, but there is little reason to fear for it. Widespread on the Continent, from Greece to Norway and W France to central Russia and on into Asia; and in view of its presence in Ireland its absence from Britain is difficult to explain.“
(R.Ll. Praeger, The Botanist in Ireland 1934).

The establishment of the hydro-electric station at Ardnacrusha has reduced the seasonal changes in lake level, and it may be that this has removed an important factor in reducing competition from other plant species on the shores of Lough Derg.

Inula salicina in full bloom on the 21st July 2006, at Rybalka, Altai Province, in Siberia (left). It is growing in a deep bed of quartzite sand at the side of the river. It appears that the habitat is inundated each year, and few other species were present.

21 November 2007
Judging from our Siberian observations, and Praeger’s description (1934) We can be reasonably certain that the current habitat occupied by Inula salicina in Ireland is sub-optimal. To determine what the historic and present need of the plants are an experiment has been devised to explore a variety of soil mediums, and to test whether winter inundation is beneficial.

Examination of herbarium specimens from the 19th and 20th century revealed the growth pattern of wild collected Inula salicina. Each year the stolons send up a single flowering stem ca 25-40 cm tall, with scale leaves at the base. A mass of roots arise immediately behind or at the point at which the stem curves upwards. One to four new stolons arise a short way behind this root mass, and these travel ca. 10-25 cm before developing roots and forming a flowering axis for the following year.

Pot grown plants in the Glasnevin Nursery revealed this same pattern of growth also, and it was therefore decided to grow the experimental plants in 45cm trays to allow as much root run as possible.

In addition a further three treatments for remaining plants were prepared:

12 trays of each soil mix (48), each with 2 plants, were prepared. Of the 12 trays of each treatment, 3 were transferred to a 12″ deep water tank after the plants had died down for the winter (Early November).
When the first spring shoots were seen on plants grown in the cold frames, the trays that had been over-wintered underwater were taken out of the tanks and placed alongside the dry trays for the summer.
During the first season (2008) no noticeable difference has occured. During the coming winter (2008/09), the plants will be given a second season of the same treatment, with an additional 3 trays (a total of 6 for each soil mix) being placed underwater for the dormant season.