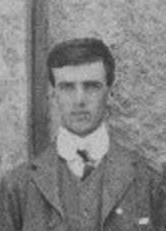 This sedge was discovered on a tiny island in Lough Neagh (Harbour Island) in July 1835. By 1890 the plant was extinct due to the clearance of the ‘almost impenetrable thicket of scrubby wood’, and consequent cattle grazing on the island.
This had been its sole locality in the British Isles until its discovery in W. Inverness in 1895. Currently it is known from just four sites in Scotland, where it is classified as Vulnerable.However, David Moore, the original discoverer, appreciating its great rarity, had planted the sedge in the National Botanic Gardens sometime after becoming the Director of the Gardens in 1838. 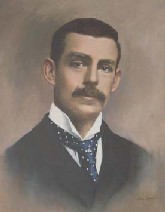 These plants were thence distributed further afield by another champion of the Irish flora, Robert Lloyd Praeger (left), who moved to Dublin from Belfast in 1893, and would have been acutely aware of the plant’s significance.

He in turn passed the plant on to Arthur Stelfox (right) who grew a large collection of Irish sedges in his garden in Co. Down.

In 1964, shortly before his death, Stelfox gave plants to Donal Synnott, the then Director of the Gardens, from where they had originated, but had since died out.

This remarkable chain of transfers illustrates two valuable lessons. Firstly the sharing and distribution of the plant has proved its salvation. Secondly the record keeping, albeit much of it by word of mouth, enables us to be confident the plants we have are of the true Lough Neagh stock.

PROJECT OUTLINE
At the gardens we will be experimenting to see what triggers flowering in the plant (it seems to require a warm spell in early spring), and bulking up the plants to use in a public display.
To date we now have about 20 stock plants.

PARTNERS
We are exploring options for a possible reintroduction programme with the Environment and Heritage Service (Northern Ireland). 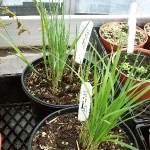 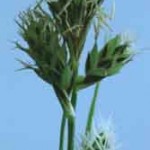